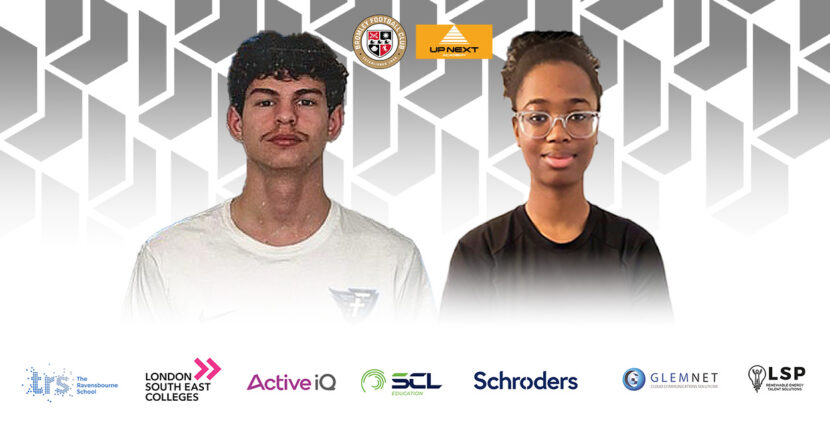 We are delighted to confirm that two of our Academy players have committed to scholarships in America following their studies at Hayes Lane.

We start with goalkeeper, Joe Wilkinson, who progressed from our Youth Academy into our Academy set-up. He then went on to spend three years within the U19 programme.

Next up for our Academy ‘keeper is a place at Faulkner University in Montgomery, Alabama.

After three years within the Academy, she came out with a Level 3 BTEC National in Sport. However, she continued to study at Bromley FC and went on to complete her Level 3 Personal Trainer accreditation this summer.

Marisa now heads to Illinois where she has committed to a NJCAAA program at Prairie St College in Chicago.

A huge well done to both Joe and Marisa!

Both players utilised our relationship with Up Next Academy, a UK based leading agency that will look to support the Bromley FC Academy students and players in attaining soccer scholarships to study at some of the most elite high schools and colleges in the United States of America including Stanford and Notre Dame.

Bromley FC hosted an Up Next Academy U.S. Scholarship presentation evening back in October 2021 with over 100 Academy boys and girls in attendance.

Joe and Marisa’s move joins the list of positive news that have come out of our Academy here at Hayes Lane.

Our Academy aims to educate and prepare players for excellence in football through the implementation of a well-defined, age specific coaching and education programme which will allow for the holistic development of each individual player.

A small percentage of academy players will progress to play as professional players for the first team, however, the aim will also be to improve each and every player who attends the Academy to not only improve as a player but as a person for the wider community.

To find out more about the aims & ethos, values, vision and the mission statement of our Academy, click here >