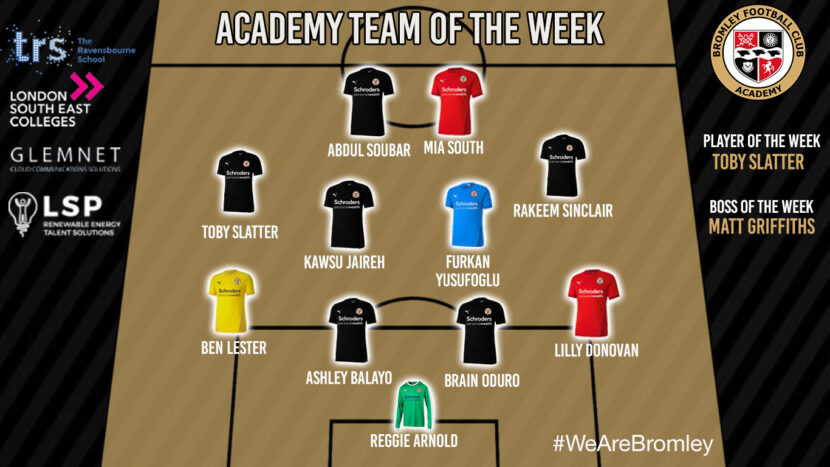 Everyone at the Club would like to congratulate those who made the Academy Team of the Week!

Reggie Arnold takes up a spot between the sticks whilst Ben Lester, Ashley Balayo, Brian Oduro and Lilly Donovan make up the back four.

Further down the pitch is Toby Slatter, Kawsu Jaireh, Furkan Yusufoglu and Rakeem Sinclair as Abdul Soubar and Mia South are the front two.

A special mention to Toby Slatter and Matt Griffiths who picked up the Player of the Week and Boss of the Week awards respectively.

We would also like to thank The Ravensbourne School, London South East Colleges, Glemnet and LSP for their continued support.