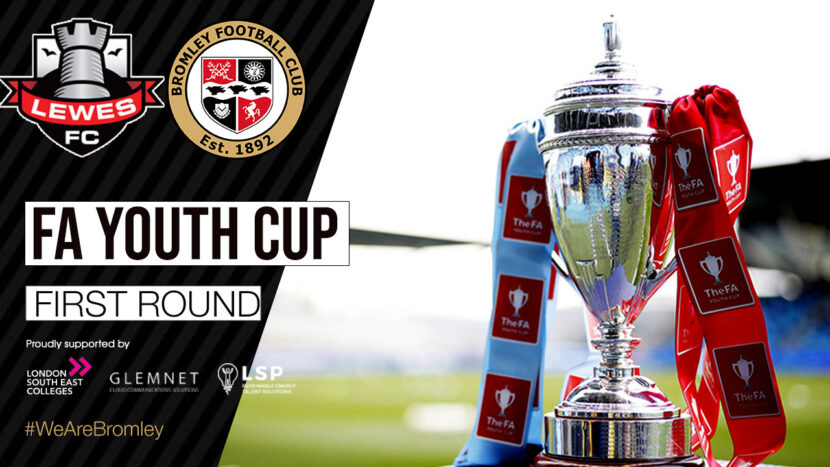 Our young Ravens progressed to the second round of the FA Youth Cup on Monday night after a 2-1 win away to Lewes.

Bromley will be hoping to replicate last season’s success in the tournament and they’re definitely on course to do that.

The Ravens knocked out Hollands & Blair and Barnet before their trip to the Dripping Pan and went ahead through Ben Krauhaus who has been on top form of late.

Another star catching the eye is Soul Kader and he also wrote his name on the score-sheet to give the visitors a two-goal cushion.

Late pressure from Lewes lead to a goal, but the Ravens managed to hold on and book their place in the third round.

Our next opponent is yet to be confirmed so keep an eye on our social media and website for details.

A huge thank you to London South East Colleges, Glemnet and LSP for their continued support.