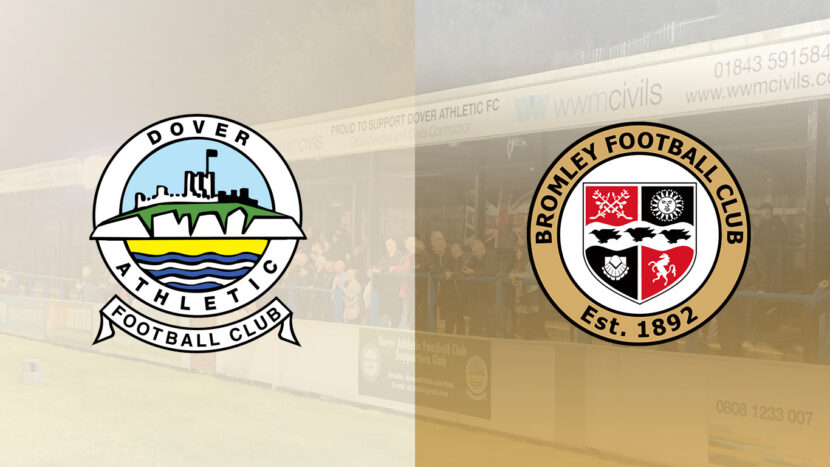 The Ravens turn their attentions to the Buildbase FA Trophy this weekend as they travel to Dover Athletic on Saturday 18th December 2021, 3pm kick-off.

The following pricing structure will apply to supporters purchasing a ticket for this fixture. Please note there will be no advanced sales and tickets will be purchased on the gate.

From outside of Kent, find your way to the M25, then take the M2/A2 (following the signs to Canterbury, then from Canterbury follow signs to Dover) as far as the Whitfield roundabout (there is a McDonald’s Drive-Thru on the left).

Take the fourth exit at this roundabout, down Whitfield Hill. At the bottom of the hill turn left at the roundabout and follow this road until the first set of traffic lights. At the lights, turn right (180 degrees down the hill) and follow the road under the railway bridge, the ground is a little further up the road on the left.

There is no parking for supporters within the ground, although parking is available in the rugby ground, which is just inside the main entrance – stewards will direct you.

If you have to take the M20/A20 leave the A20 in Folkestone (the exit immediately after the tunnel through the hill) and travel through the Alkham Valley (turn left at the roundabout at the end of the slip-road and then left again, following the signs for Alkham) which will eventually take you near Kearsney train station (turn right into Lower Road just before the railway bridge, before you get to the station).

The main railway station in Dover is Dover Priory which is approximately 2 miles from Crabble. The closest station to Crabble is Kearsney which is about a 10-15 minute walk from the ground.

Kearsney is the last stop before Dover Priory on the line from London Victoria (via Canterbury). Some trains on this line do not stop between Canterbury East and Dover Priory so if you are planning on getting off at Kearsney make sure that the train you are travelling on is a stopping service.

If you are travelling on the line from London Charing Cross (via Ashford) the train will not pass through Kearsney so you will have to stop at Dover Priory, near the town centre.

If you get off at Kearsney, turn right as you leave the station, go under the railway bridge and then take the first road on the left (Lower Road). Follow Lower Road all the way along, past a pond on your right and Crabble Corn Mill on your left. At the end you will see the Cricketers pub on the other side of the road. Turn right and you should see the entrance to the ground. If you get off at Dover Priory it is probably best to get a bus or taxi to the ground as it is a long walk.