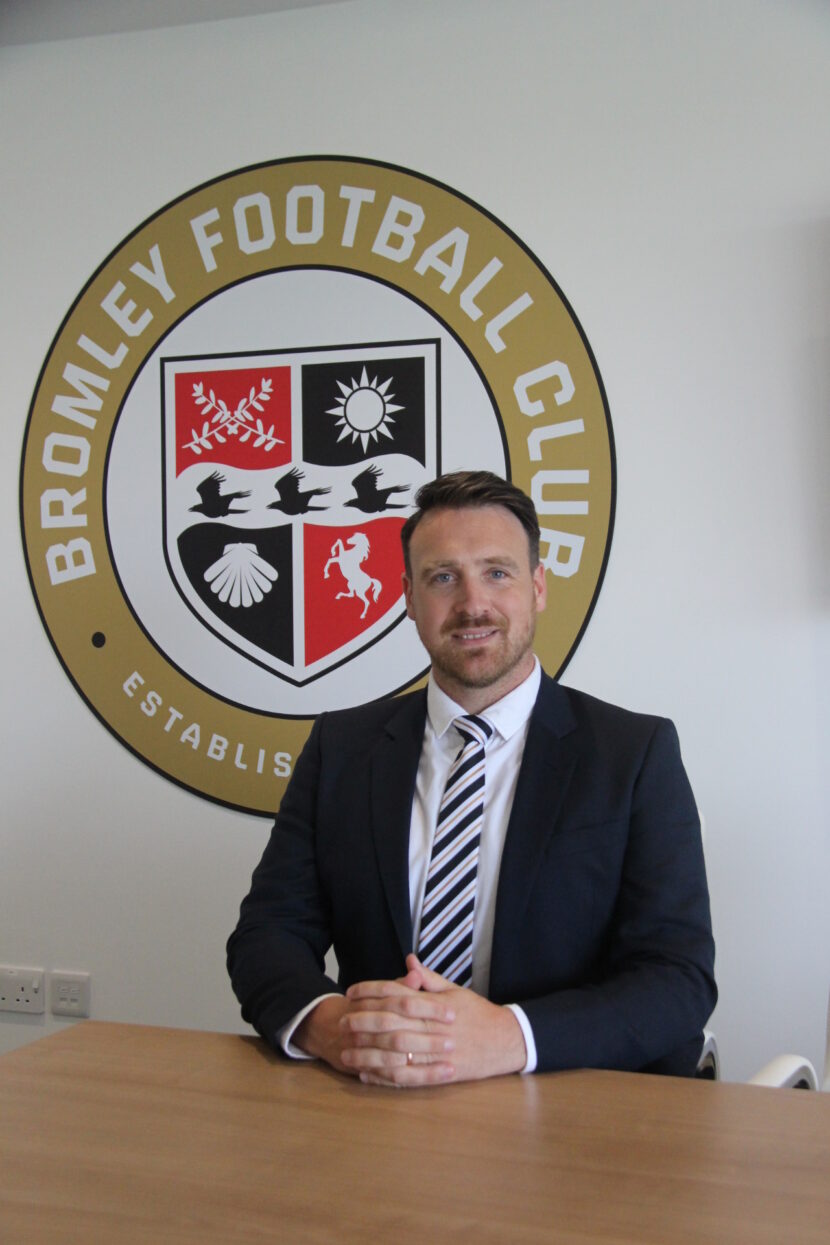 It has been a busy off-season at Hayes Lane. The club recently announced the appointment of Mark Hammond and Jeff Hutton as Chief Executive and Chief Operating Officer respectively, but they are not the only changes or additions to the team behind the team at Bromley FC.

The club has also recently promoted Academy Manager Tom Beaumont to Director of Academy and Education.

As Head of Academy at Hayes Lane, Tom has played a crucial part in helping build the Bromley FC Academy from when it was reformed in 2016 to the growth it has successfully achieved to date.

Tom has over 15 years’ experience delivering physical education, BTEC Sport theoretical studies and elite sport performance and has a proven track record with developing players both in and out the classroom. Tom has delivered on raising attainment initiatives, developing teaching and learning strategies and successful end of year player outcomes.

In his new role, Tom’s main duties are to oversee the player data management and outcomes, coaching staff timetable, teaching and learning staff observations and facilitating the growth of the BFCA education and player development pathway plan.

“I’m delighted to promote Tom to the role of Director of Academy and Education at Bromley FC. Having worked closely with Tom for a number of years, I have witnessed his hard work, dedication and expertise in action.”

“Tom has contributed to the huge success and monumental strides our Academy has made and I cannot wait to see what the future holds with Tom in this new position.”

Reflecting upon his appointment, Tom said:

“It is a great honour to be appointed Director of Academy and Education. We have been on an incredible journey since I joined the Academy six years ago. Few people would have envisaged where we are now, and it is my job to ensure that we continue to progress whilst supporting the growth of the football club as a whole.”

“The quality of provision, both on the pitches and in the classrooms, has improved year on year. The evidence of this can be seen with our best academic attainment predicted for this summer’s results day and six Academy graduates signing professional contracts ahead of the 2022/23 season.”

“I am very excited about the future at Bromley Football Club.”