We round up another busy week for the Club in the Community, starting with our Academy teams…

Bromley Blues picked up an impressive 6-1 victory over Lewes at Hayes Lane this afternoon. Blues found themselves 2-0 up at half time and a dominant second half display saw the Blues pick up the all-important three points. Goals from Andy Somo, Trey Small, Daniel Ajakaiye, Kelvin Ogboe, Fidan Fejzi, Jason Wyatt.

Bromley Whites picked up a 3-2 win away at Thamesmead Town in the National League Youth Alliance, Tyreke Leslie with a brace and Tahjae Anderson with the third for the Whites.

Bromley Reds played a friendly on Friday against Phoenix Academy and came away with very good 3-0 win.

ACADEMY: Bromley Reds ahead of their friendly with Phoenix Academy this afternoon! #WeAreBromley @intuBromley pic.twitter.com/AokBls4Jqb

Bromley Yellows fell to defeat in the league against a very strong Charlton Athletic side.

It was also a busy week in the Community for the Club. Mark Hammond, Glyn Shimell and Jack Holland represented the Club at Ravensbourne School’s Careers Evening on Thursday promoting the new Academy set up.

The Club have also had the privilege of being asked to run Bromley School’s District teams for the forthcoming school football season. A number of trials have taken place over the past few months with teams to be finalised next week. 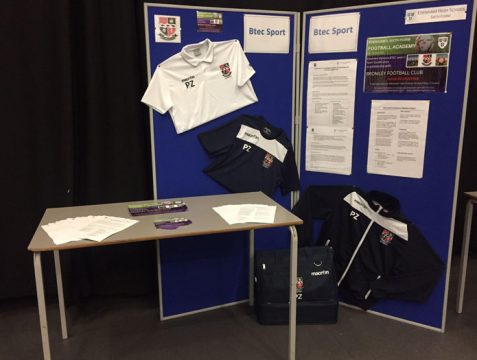 Further details on our work with Ravensbourne School and Edenham High School will follow next week.