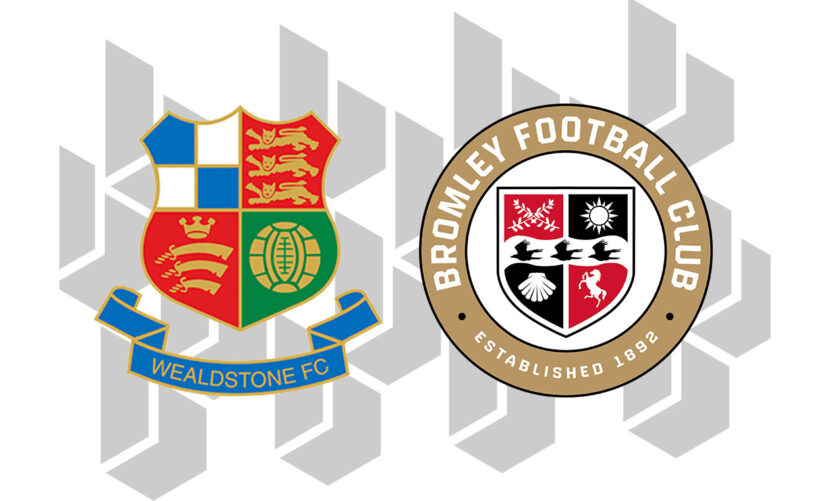 The 2022-23 National League curtain raiser is getting closer and closer. For Bromley, it’s a trip to Wealdstone on Saturday 6th August, 3pm kick-off.

Tickets are now on sale at the following prices:

Directions (As provided by Wealdstone)

Grosvenor Vale is ideally located near four tube stations, Ruislip and Ruislip Manor on the Uxbridge branch of the Piccadilly and Metropolitan lines and Ruislip Gardens and West Ruislip on the Central line. Ruislip is the nearest station to the stadium, just 500 metres away and a short five minute walk with both Ruislip and Ruislip Manor stations offering nearby shops, restaurants and bars. Ruislip Manor station is only 550 metres away from the stadium and served by the Metropolitan and Piccadilly lines. Ruislip Gardens is situated a 15 minute walk from the ground, turn right when exiting the station and walk up West End Road.

West Ruislip is the nearest station on the National Rail network, operated by Chiltern Railways. Services at West Ruislip run between High Wycombe and London Marylebone, these trains are quite infrequent and usually run only once per hour. South Ruislip station, also on the same line is around a 25 minute walk from the ground.

The closest bus stop to the ground is Grosvenor Vale bus stop which is served by the E7 bus, which runs between Ruislip station and Ealing Broadway. Bus routes 114, 278, 331, 398, H13, U1 and U10 also stop at the nearby Ruislip station.

Leave the M25 at Junction 16 and take the M40 towards London. At the end of the M40 the road becomes the A40. Take the first exit on the A40, onto the B467 towards Ruislip. At the roundabout at the top of the slip road take the first exit towards Harefield/Ruislip. Continue along the B467 going across two roundabouts. At the end of the B467 you will reach a T-junction that has a small bandstand located in front of you. Turn left here onto the High Road. Follow the High Road passing West Ruislip Station on your right and at the roundabout with the White Bear pub on the right hand corner, take the fourth exit into Wood Lane. Continue along Wood Lane crossing one small roundabout and at the next roundabout bear right onto West End Road. Then take the second left hand turn into Grosvenor Vale and the stadium is located at the bottom of this road.

On-site car parking is available at the stadium with a charge of £3 per vehicle. This is weather dependent, though.