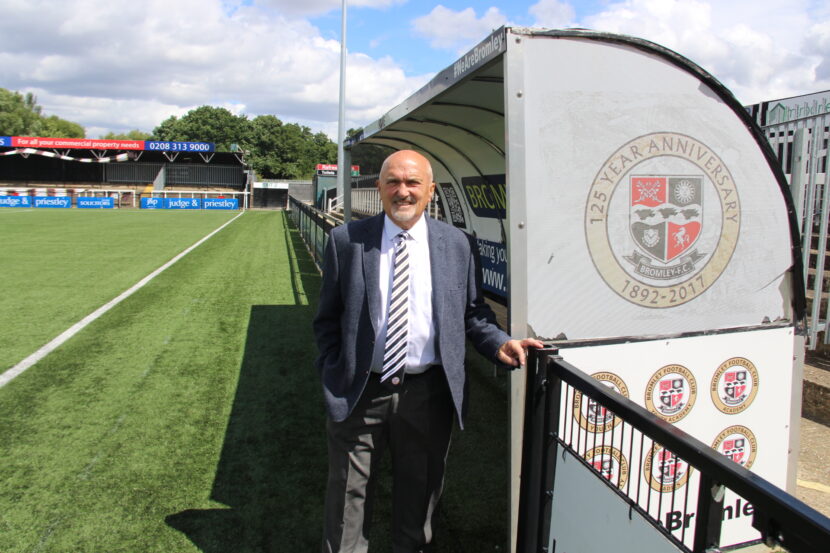 Bromley Football Club are delighted to welcome former manager, George Wakeling, back to Hayes Lane as a Club Ambassador.

After taking the reins back in 1990, Wakeling spent just under a decade in the Ravens’ dug-out.

In his first season in charge, he guided the club back into the Isthmian Premier Division at the first time of asking.

Things were to get even better for Wakeling’s Bromley as they were crowned Kent Senior Cup winners the following year, beating Hythe Town 3-1 after extra time.

Our new Club Ambassador left Hayes Lane in 1999 before joining Ashford Town, but fast forward 23 years and Wakeling is delighted to be returning to Bromley in his new role:

“I’m really looking forward to the challenge. It’s something that I’m really pleased about.

“The Chairman has set this up for me to bring back those who have been a part of the club in the past and look after them during the match. From those who I have spoken to, I’ve got a feeling it’s going to go down really well.

“This club means everything to me. The supporters deserve success, so does the Chairman and so does everybody else here.”