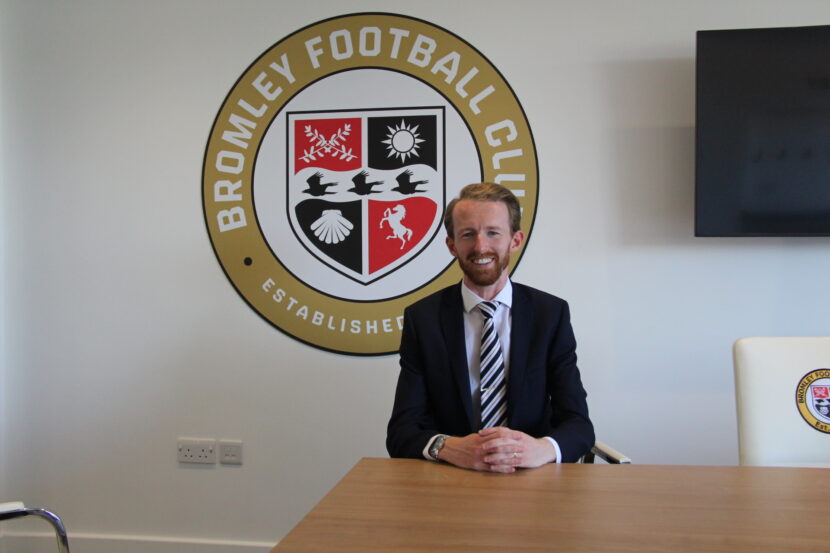 Bromley Football Club are delighted to confirm the appointment of Jeff Hutton as Chief Operating Officer.

The 32-year-old has been a part of the club for more than 14 years and remains the longest serving member of staff at Hayes Lane.

Jeff has spent the last 12 months as Director of Charity and Community, playing a key role in the formation of Bromley FC’s first-ever charitable foundation, expanding the club’s work within the local community which now sees the charity engage with over 750 local residents, young and old, on a weekly basis.

Our new COO continues to work closely with the local authority, establishing a stronger relationship and working collaboratively including as one of the delivery partners for the Holiday Activities and Food Programme on behalf of Bromley Children and Families Forum. This programme supports children in receipt of free school meals through holiday periods with free sport and healthy meals.

A more recent example of the stronger relationship with the local authority was the historic open top bus parade which took place after our FA Trophy win.

Up until the end of the 2020/21 season, Jeff was General Manager at Hayes Lane, managing all day-to-day operations. He has worked on a wide range of projects including the installation of the 3G community pitches and managing the transition of the football club from a part-time set up to a full-time operation.

Speaking about his appointment, Jeff said:

“I am incredibly proud and humbled to be given the opportunity of taking on the Chief Operating Officer role at Bromley FC. I’m looking forward to working closely alongside the Chairman and our CEO, Mark Hammond, going forward.”

“On the Community Sports Trust side, we’ve made some great strides in our opening twelve months, so I’m glad to be able to have the chance to continue being involved and working with the great team that has been assembled and all our local partners and charities, on a weekly basis.”

Bromley FC Owner and Club Chairman, Robin Stanton-Gleaves, added: “As the longest serving member of staff at the football club, Jeff has been integral to our success and positive journey.

“He has served many a role at the club over the years, so his appointment as our first COO was a natural progression for both him and the football club. I am confident Jeff will continue to lead the team positively and help us to achieve our ambitions to make Hayes Lane a vibrant and impactful sports and social hub for the local community.”

We will have further news to follow regarding off-field changes, so keep your eye on our social media and website for updates.