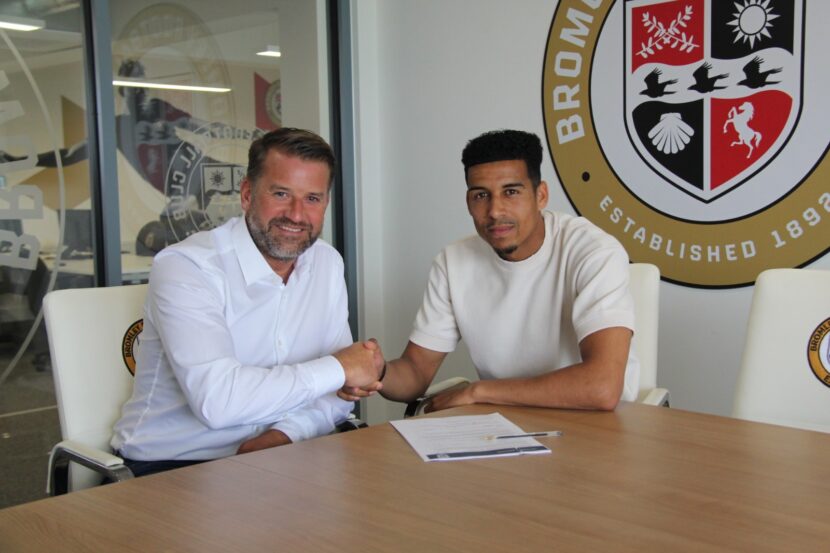 Bromley Football Club are delighted to confirm that Louis Dennis has decided to extend his stay at Hayes Lane.

Our number 11 first joined the Ravens back in 2014 and went on to become a cult hero.

Four years and over 150 appearances later, Dennis was awarded with a move to the EFL, joining Portsmouth.

A spell at Leyton Orient followed before the 29-year-old was back at BR2, rejoining the club just under a year ago.

For the second time in a Bromley shirt, Dennis helped the Ravens reach Wembley, but 2021-22 saw him pick up injuries along the way in a frustrating year for the attacker.

Following the conclusion of his one-year deal this summer, the club remained in talks with Dennis and are delighted to retain his services for next campaign.