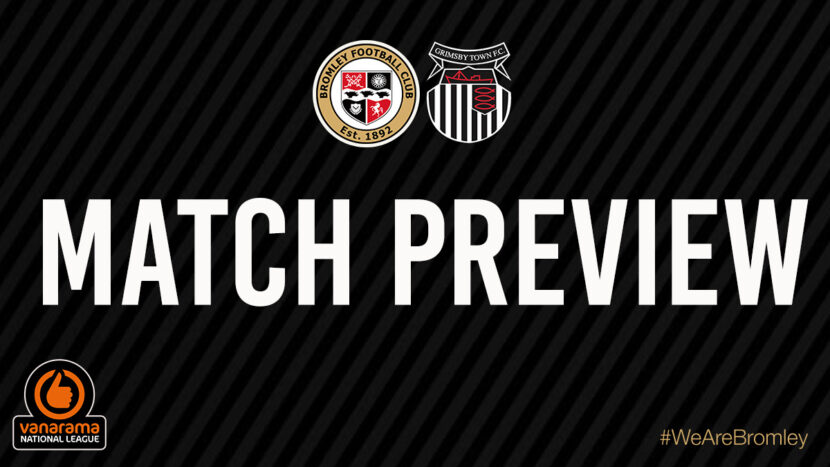 Bromley are back in action tomorrow night as they welcome Grimsby Town to Hayes Lane, looking to make it three wins on the bounce.

The Ravens came out on top in their last game, beating Dover Athletic 1-0 at Crabble thanks to an early Corey Whitely strike.

As for Grimsby, they drew 1-1 away at Maidenhead United on Saturday. Erico Sousa opened the scoring with 73 minutes on the clock before Kane Ferdinand secured a point for the Magpies late on.

The Mariners, who endured relegation from League Two last season, currently find themselves fourth as they look for an EFL return at the first time of asking.

A win tomorrow could lift Grimsby up to top spot and they go into the game yet to taste defeat this season.

Their away form has seen them win once and draw twice whilst netting four times, conceding only twice.

As a player, the current Grimsby boss was a legend at Rotherham United, featuring over 430 times for the Millers between 1993 and 2008. Whilst at the Yorkshire side, Hurst was part of the team that were promoted twice and won the Football League Trophy Final in 1996 after a 2-1 victory over Shrewsbury Town.

Following a short loan spell at Burton Albion, Hurst hung up his boots and took over at Ilkeston Town alongside Rob Scott who was a former teammate at Rotherham. The pair enjoyed glory in their only season at the club, winning promotion to the Conference North via the play-offs.

The duo then took charge at Boston United in 2009 and another promotion followed after winning the play-offs and going up to the sixth tier again before leaving for Town under two years later.

Following an eleventh place finish in their first full season as joint-managers at Blundell Park, the pair guided Grimsby to the Conference play-offs in 2012-2013 season before losing out to Newport County over two legs.

Hurst went on to take full charge of the club when Scott left in September 2013 and endured further play-off heartbreak at the hands of Gateshead and Bristol Rovers in 2013 and 2014 respectively.

The Mariners boss left Town in 2016 and took charge of Shrewsbury Town, Ipswich Town and Scunthorpe United before returning to the club in December 2020.

The last time we faced Grimsby Town was back in February 2016 at Hayes Lane with the Mariners taking all three points after coming from behind.

Sean Francis gave the Ravens an early lead on six minutes before Jon Nolan netted an equaliser just past the half-hour mark. Jon-Paul Pittman then went on to clinch the winner for tomorrow’s opposition late on.

That result came during the season Grimsby clinched promotion back to League Two.

Liam Trotter spent a short period of the 2008-09 season on loan at Grimsby Town from Ipswich and went on to score twice in 15 appearances.

James Alabi also spent time on loan at Grimsby, arriving at Blundell Park in November 2015 before going on to make three appearances for the club.