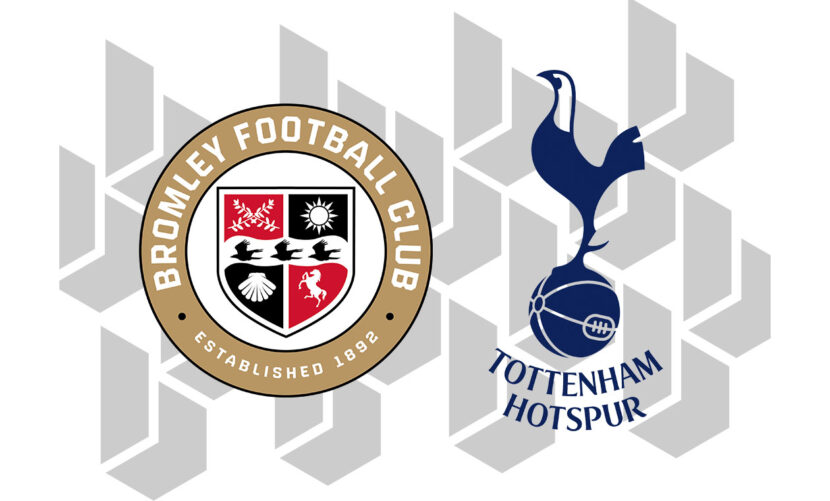 Both of Tottenham’s goals were scored by number seven Romaine Mundle, with the first coming in the 36th minute. A piece of individual brilliance saw Mundle strike from just inside the box to find the top corner.

Bromley’s best chance of the first half came just before Tottenham broke the deadlock as Harry Forster made a brilliant run up the wing before putting in a low cross across the box to find Marcus Sablier who couldn’t convert and sent the ball just wide of the goal.

Tottenham’s second goal came in the 55th minute as Chris Bush gave away a penalty after forcing Nile John to ground. Mundle found the bottom left corner with his spot kick sending the Bromley goalkeeper who is currently on trial the wrong way.

Bromley were nearly a gaol up within the first two minutes of play as there was miscommunication between the Tottenham goalkeeper and Tyrell Ashcroft, who passed the ball back but was left by Josh Keeley and almost making its way into the bottom corner.

The Ravens’ best chance of the second half came in the 67th minute as Reece Hannam sent in a strike from the edge of the box through a number of bodies but the ball found the Tottenham keepers hands.

Bromley also had a strong chance in the 80th minute as Hannam crossed the ball into the box, which made its way across goal and over everyone’s heads untouched to the far post to Callum Reynolds, but the ball was put out for a corner by Kallum Tracey Cesay.

The hosts are yet to score a goal in their pre-season campaign so far, although they had a number of chances which were not capitalised on as Tottenham’s goalkeeper, Josh Keeley, looked uncomfortable with the ball at his feet on a number of occasions throughout the game but the Ravens’ failed to test him.

Bromley also saw Chris Bush, who was captain for the second half, sent off in the 85th minute after receiving a second yellow for a foul on Marqes Muir. Bush’s first booking came in the 56th minute after committing an unnecessary foul in the far corner on Cesay.

Bromley will look to get their firs pre-season win and goal as they head to Sutton United on Saturday.