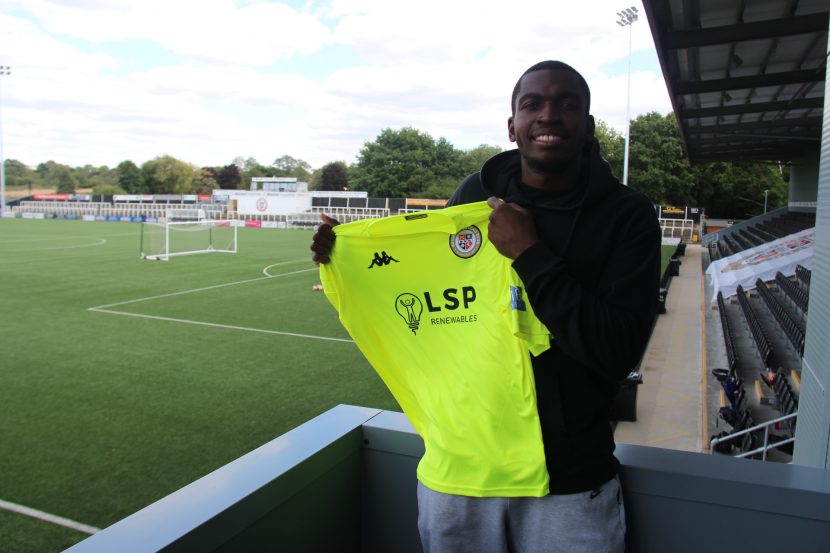 The Ravens are delighted to welcome back goalkeeper Reice Charles-Cook!

Our new signing played a big role in our FA Trophy winning run last season, keeping clean sheets away at both Dover and Aldershot Town.

The 28-year-old then departed the Ravens and joined National League South outfit Dartford where he went on to contribute to their promotion push.

Charles-Cook also has plenty of EFL experience under his belt, having reached the heights of League One during his career so far.

The stopper began in the youth set-up at Arsenal before going on to gain his first taste of senior football at Bury during the 2013-14 season.

It was Coventry City where he first made a name for himself though, making over 50 League One appearances in a Sky Blues shirt. The shot-stopper was also part of the squad that clinched EFL Trophy glory in 2017.

Swindon Town proved to be his next destination and went on to become a regular starter in his first and only season with the League Two side.

Charles-Cook then swapped England for Denmark, signing for Superliga outfit SonderjyskE in 2018 before returning to the EFL with Shrewsbury Town shortly after.

The ‘keeper spent the 2019-20 season with Macclesfield Town before penning a deal with National League side Boreham Wood, his most recent club before Welling.

Our latest recruit also has experience on the international stage too, representing Grenada.

Welcome back to Bromley, Reice!