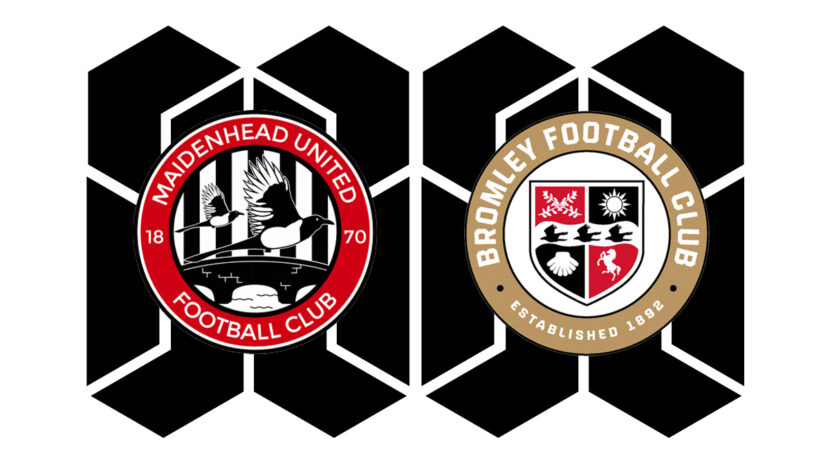 The Ravens fell to a defeat in Berkshire, losing 1-0 away at Maidenhead United.

It was a lively start for the home team as forward Nathan Blissett got past Omar Sowunmi and shot wide from 25 yards in the early stages.

Shortly afterwards, Luke Coulson, from a free-kick, curled in a sumptuous ball which missed every player and nearly went into the far corner.

As the game was approaching the 10th minute, Josh Kelly nearly gave Maidenhead the lead, when he lobbed Mark Cousins, with the ball just going over the bar, much to the relief of the Bromley defence.

It was then Bromley’s turn to test the opposition. Following a Coulson corner, the ball found its way to Billy Bingham who stung the arms of Dan Gyollai with a powerful effort, a good save from the Magpies goalkeeper.

The Magpies kept on attacking with intent, with Josh Kelly’s header testing Cousins. James Alabi then ran down the wing, powerfully shrugging off his markers and finding Jude Arthurs, who shot over the bar. That opportunity gave the Ravens momentum, with Bingham once again testing Gyollai, shooting from distance and forcing the ‘keeper to spill his effort, with the Magpies defence clearing the ball.

As the half was coming to an end, Maidenhead missed a golden chance to get the first goal of the game. Dan Sparkes crossed the ball into Blissett, the forward headed the ball to Kelly, who shot wide, unmarked from 10 yards, much to the shock of the home supporters.

However, that was not only the last key moment of the half. Chris Bush’s 25 yard effort appeared to be heading into the top corner, with Gyollai once again determined to keep a clean sheet and saved the shot.

In the second half, Coulson’s precise delivery found Sowunmi whose headed effort was deflected for a corner. Coulson was once again involved in the action, as his delivery found Michael Cheek, who headed over the bar.

Maidenhead took the lead through Blissett, who headed in a corner in the 67th minute.

As the game was coming to an end, Bromley nearly equalised through Corey Whitely, with just over 12 minutes remaining. Joe Partington crossed the ball in for the midfielder, who forced an instinctive save from Gyollai, after some intricate passes in midfield from the Ravens.

A day to forget for Bromley.