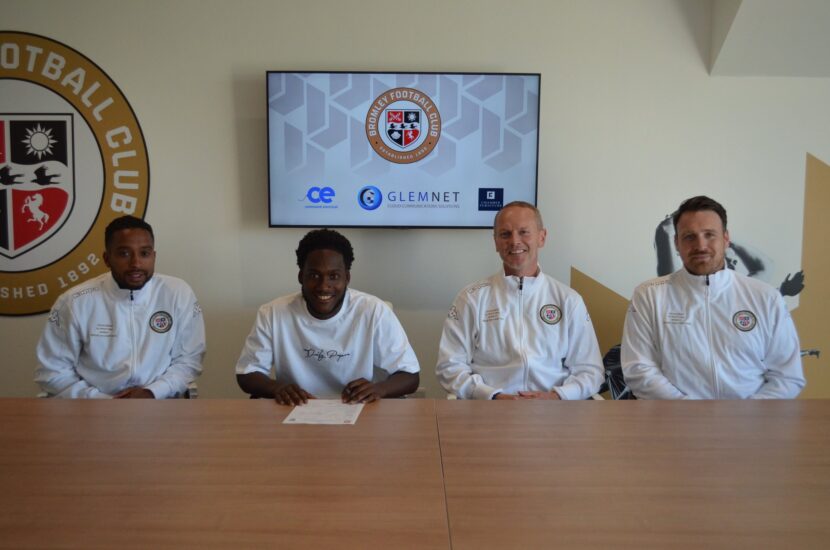 Bromley Football Club are delighted to announce that no less than six First Year Professionals have signed terms ahead of the new season, with four of these coming from the Club’s Academy.

Ben Krauhaus is one of our Academy scholars who starred in the Ravens’ FA Youth Cup runs in back to back seasons, scoring some vital goals along the way.

Kellen Fisher, another Academy Scholar, needs no introduction to Bromley supporters, having featured in the now history-making FA Trophy run, which included a Man of the Match performance away to Tonbridge Angels.

Charlie Nicholas, also an Academy Scholar, started the opening FA Trophy match away to Dover Athletic, and has been named on the bench in the National League.

Tungi Obembe is a talented, box-to-box midfielder who has shone for the U23s, alongside his Academy commitments, as well as appearing for the first team in pre-season last year.

Palace Francis signed from Walton & Hersham, where his goalscoring exploits attracted the attention of a number of Clubs. Francis scored an important goal in the FA Trophy run, with a strike against Tonbridge Angels.

Former Leyton Orient striker Finlay Lovatt scored Bromley’s winning goal away to Dover Athletic to kickstart the successful FA Trophy campaign. He also scored five times in 21 minutes for the U23s against Corinthian, quite some achievement!