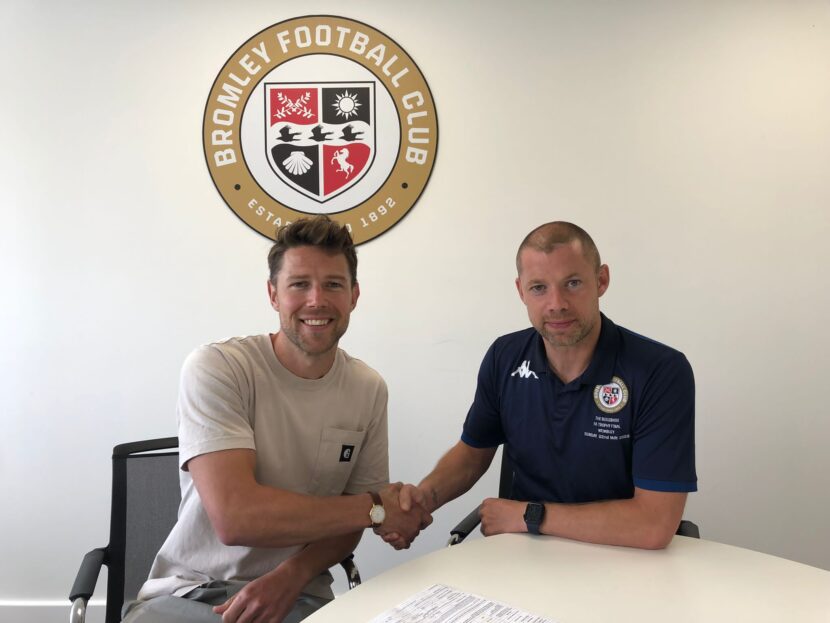 Bromley Football Club can confirm the signing of defender Callum Reynolds, who will join the club at the conclusion of his Dagenham & Redbridge contract on 30th June.

Our new signing began his career in the youth set-up at Portsmouth where he would spend time on loan at Luton Town before eventually joining Basingstoke.

Tamworth, Hinckley and Corby followed before making Boreham Wood his next destination in 2012.

The 32-year-old would continue to play his football in the fifth tier and eventually joined Aldershot Town where he went on to make just under 100 league appearances. He was also part of the back-to-back play-off finishing squads of 2016-17 and 2017-18.

Ahead of the following season, Reynolds swapped the Shots for Barnet where he’d eventually take up the captain role. He was also a vital part in the Bees’ FA Cup run in his debut season at The Hive.

The defender arrives at Hayes Lane following two seasons at Dagenham & Redbridge where he made over 50 league appearances.

Reynolds has come up against Bromley on 11 occasions during his career, winning six times and drawing three.