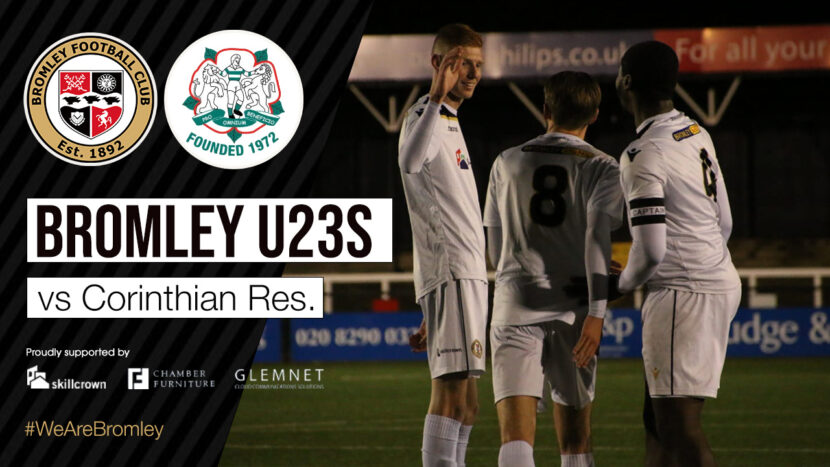 Bromley’s Under 23 Professional Development side are back on home soil on Friday night as they take on Corinthian Reserves at 8pm.

Entry is priced at £3 per ticket with Bromley season ticket holders gaining entry for FREE.

Supporters will enter the ground via the Ravens Bar which will be open from 6pm for spectators. Cookie’s Cabin will also be open serving hot food and drink.

For those unable to attend, the fixture will be live-streamed.

The Ravens will go into the game off the back of a 1-1 draw away at Woking last Friday. Ben Krauhaus netted Bromley’s only goal as they came away from their first away game of the season with a point.

Bromley began their season with a 2-0 defeat at the hands of Slough Town. However, Steve Aris’ side bounced back with a 3-1 victory over Eastbourne Borough in front of a great crowd at Hayes Lane.

The Ravens currently find themselves sixth and come up against a side who sit ninth with one victory to their name so far this season.

The U23s will be hoping for a positive season this campaign and your support on Friday night will be hugely appreciated!