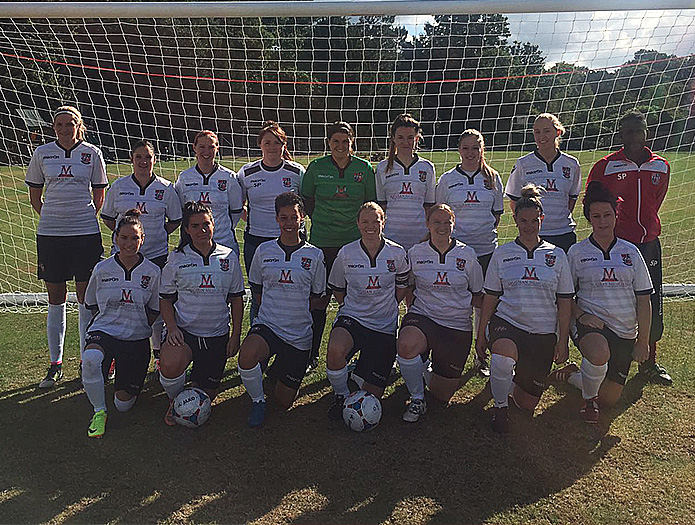 Bromley attacked from the first whistle, Donovon winning a corner in the opening minutes which was swung in by Robertson and was headed into the top corner by Bays. Bromley continued to dominate possession and it was a Robertson deep free kick to the back post that led to confusion in the box before a Leyton Orient defender put the ball into her own net to make it 2-0 to Bromley with just fifteen minutes gone. Bromley created further half chances but failed to test the goalkeeper. Leyton Orient best chance came towards the end of the half as a long free kick found a forward at the far post but Higginson was quickly off her line to block the shot before Gallone cleared.

The second half started slowly and became a scrappy affair assisting Orient to gain confidence. Higginson was called into action again, firstly a full stretch dive to her left to tip the ball round the post and then from theresulting corner a great save to deny a long range effort from the edge of the box. This sparked Bromley into life and Rafferty almost made it 3-0 but her curling effort clipped the bar. Rafferty found her range five minutes later though, this time from the left side where her twenty yard shot found the back of the net. The woodwork denied Rafferty again late in the game this time her effort hitting the angle of crossbar and post. Robertson maintained Bromley’s clean sheet with a last minute goal line clearance when Orient again threatened from a corner.