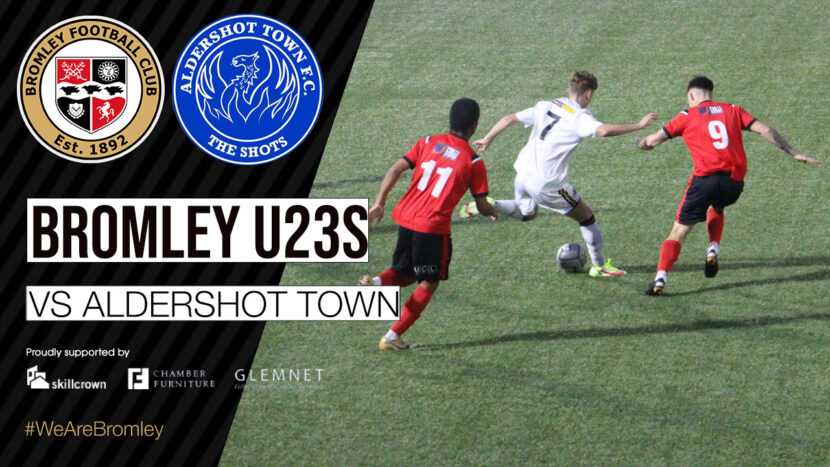 Bromley’s Under 23 Professional Development side take on Aldershot Town U23s on Friday night at Hayes Lane as they aim to make it two wins on the bounce.

Entry is priced at £3 per ticket with Bromley season ticket holders gaining entry for FREE.

Supporters will enter the ground via the Ravens Bar which will be open from 6pm for spectators. Cookie’s Cabin will also be open serving hot food and drink.

The Ravens will go into the game off the back of an unbelievable victory last Friday at home to Corinthian Reserves. Despite being two goals down at half-time, Steve Aris’ side won 9-2.

Three goals in three minutes from Soul Kader, Finlay Lovett and Tunje Obembe turned the game on its head early in the second half.

Ben Krauhaus, who netted in the Ravens’ previous game against Woking, was on the score-sheet again, making it 4-2.

Lovett went on to grab three more, putting four past the Corinthian ‘keeper whilst Kader bagged a brace before Alfie Bloomfield rounded off the scoring.

The win lifted Bromley up to fifth whilst Friday’s opposition Aldershot Town find themselves 11th, still on the hunt for their first win of the season.

The U23s will be hoping for a positive season this campaign and your support on Friday night will be hugely appreciated!

For those unable to attend the game will be live streamed.