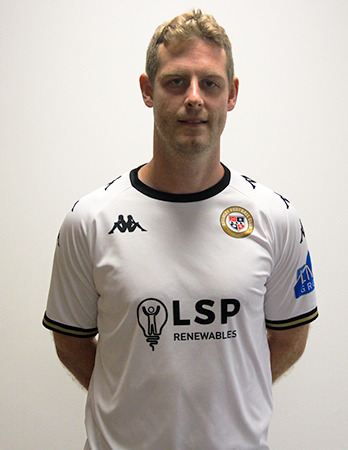 Bromley welcomed Adam Marriott to Hayes Lane in the summer of 2022.

The front-man arrived at the club with a whole host of National League experience.

Marriott began his senior career in the fifth tier at Cambridge United. During his time with the U’s, he enjoyed loan spells at Cambridge City and Bishop’s Stortford before penning a permanent deal with the former.

The striker shone at City, netting 40 goals in 37 league appearances, and was awarded with a move to the EFL, signing for League Two outfit Stevenage.

However, he returned to the National League with Lincoln City in 2016 and played a big part in both their title win and FA Cup run during his first and only season at Sincil Bank.

Royston Town was Marriott’s next destination as he returned to SFL Premier Division action. He netted 27 goals in 35 appearances before a short stint at Boston United followed.

in 2018, our new signing joined King’s Lynn Town and played a huge part in their back-to-back promotions. In his first season, Marriott netted 24 league goals in 33 appearances before 28 more followed in 31 the following campaign.

A short stint at Eastleigh followed in 2020 before making the move to North London to sign for Barnet. His goal scoring habit returned with the Bees, bagging 17 league goals in 36 last season.