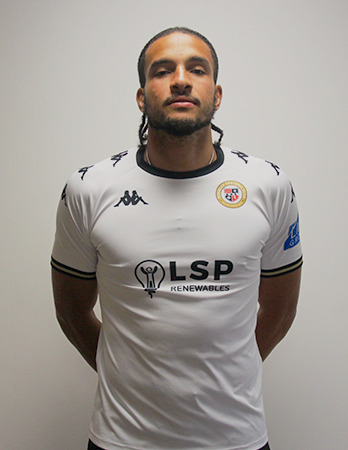 The 2021-22 season marks Chris Bush’s third in a Ravens shirt after the defender joined the club in 2019 after a two-year spell with Ebbsfleet United.

The 30-year-old came through the youth set-up at Brentford before his time with the Bees senior team was dominated by loan spells. Salisbury City was his first destination before representing Woking, East Thurrock and AFC Wimbledon.

Bush did return to the latter though, penning a permanent deal with the League Two side in 2011 before joining Gateshead a year later.

The defender then went on to represent Lincoln City, Hereford United, Welling United and Chelmsford City before joining Ebbsfleet in 2017.

Since joining the Ravens, Bush has become a regular starter and played a huge part in our play-off push during the 2020-21 season.

Last season not only saw Bush get his hands on the FA Trophy, but also surpass 100 appearances in a Ravens shirt.