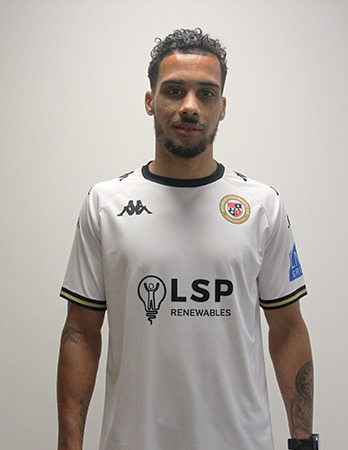 The 29 year-old previously joined the Club on loan from Newport County at the start of 2020, making eight appearances and scoring once in a 2-2 draw with Solihull Moors.

Whitely began his career with Boreham Wood, before a string of prolific spells in non-league with Waltham Forest, Cheshunt and most notably Enfield Town.

His 46 goal tally in 120 appearances for Enfield earned the interest of Dagenham & Redbridge, signing for the Essex side in 2016. A spell with Ebbsfleet United came next, leading to a permanent move to Newport County. Corey made 10 appearances for the Welsh Club in 2019 but would spend the 2020/21 season with boyhood Club Boreham Wood, joining them on loan for the season in August 2020.

Whitely then returned to Hayes Lane and went on to play a huge role in Bromley’s FA Trophy win, assisting Michael Cheek in the final.