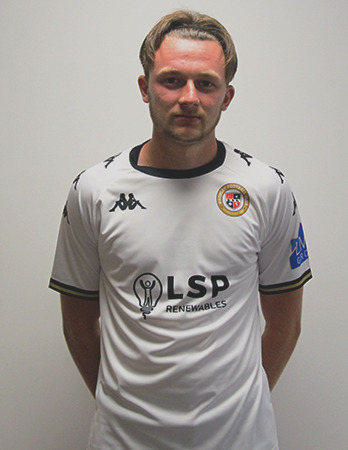 Finlay Lovatt became a First Year Pro ahead of the 2022-23 season, penning a deal after impressing the season before.

The front-man arrived at Hayes Lane from Leyton Orient and went on to find himself in and around the first team.

Lovatt spent the majority of last campaign with the U23’s and quickly picked up a goalscoring habit and even netted four in one game against Corinthian Reserves.

Eyes remained firmly on the goal machine and he was finally given the senior nod by Andy Woodman. He first came on as a sub away at Rotherham in the FA Cup before making two further appearances in the FA Trophy, including a trip to Dover where he scored the only goal of the game.

Loan spells were to follow during 2021-22, starting at Billericay Town before eventually spending time at Bognor Regis Town and Merstham.