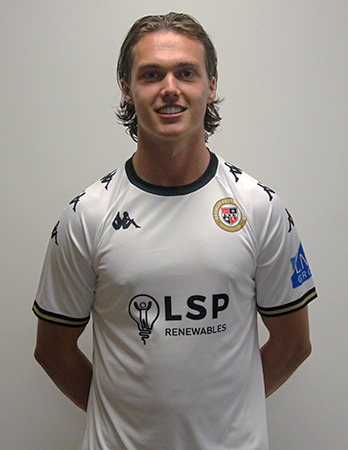 22-year-old winger Forster first joined Watford as an U11, signing his first professional deal in 2018, and being rewarded for his performances with the U23s with a new contract in August 2020, following time on loan at St Albans City. He was then loaned out to Bromley in September 2020, and caught the eyes of supporters with his pace, trickery, and ability to change a game.

Following a bright start to life at Hayes Lane, Forster’s loan was extended until the end of the season. However, in February 2021, he suffered a hamstring injury in a match against Dagenham & Redbridge, and it was feared he would miss the rest of the season.

However, Forster made an unexpected return to action for Bromley towards the end of the season, playing a part in Bromley’s play-off push and seeing the Ravens reach the eliminator stage via a seventh place finish for the first time in the Club’s history.

He then penned a permanent contract with the BR2 side and became a huge part in our FA Trophy winning side before his deal reached its conclusion in the summer. However, Forster put pen to paper and committed his future to the Ravens.