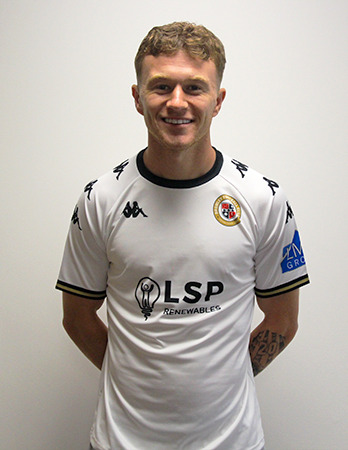 A product of the Bromley Academy, Jude Arthurs is proving to be a role model for our young Ravens.

Recently taking up the number eight squad number, the 20-year-old has slotted into the middle of the park and has featured in both games this season.

Arthurs bagged his first goal in a Bromley shirt last season against Chesterfield before adding to his tally in the following game against Hartlepool United.

The midfielder kicked on during 2022-23 and became a vital part in our FA Trophy winning side.