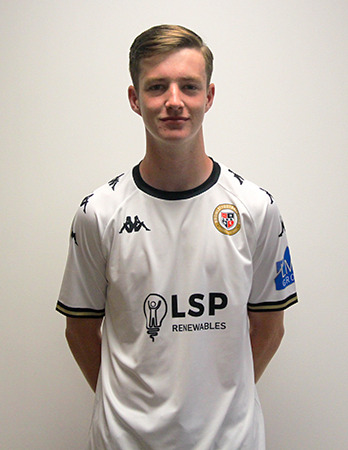 Kellen Fisher broke onto the first team scene last season and was awarded with a First Year Pro contract ahead of 2022-23.

Another product of our Academy and U23’s, Fisher made his full senior debut in our 1-0 FA Trophy win over Dover Athletic last season.

Another start was to quickly follow for the wide-man after playing another full 90, this time against Tonbridge Angels in the same competition. Fisher put in a fantastic performance that afternoon and received praise from both the supporters and Andy Woodman after the tie.

He then gained further senior football experience after he was loaned out to National League South side Welling United.