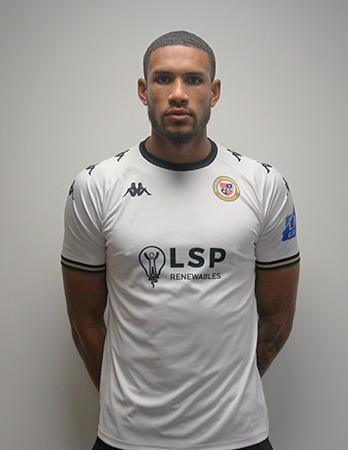 The 25-year-old defender, who spent pre-season at Hayes Lane, arrived at the Club with bundles of EFL experience having played the majority of his football in League Two.

Sowunmi came through the youth set-up at Ipswich Town before joining Yeovil Town in 2015 where he went on to make a name for himself. Appearing for the Glovers over 80 times, he also took the captain’s armband during the 2018-19 season.

However, after four years at Huish Park, the defender swapped Somerset for Essex, penning a permanent deal at League Two outfit Colchester United in a spell that ended last year.

Sowunmi became a fans’ favourite during his debut season at Hayes Lane and played a huge roll in our FA Trophy winning campaign.