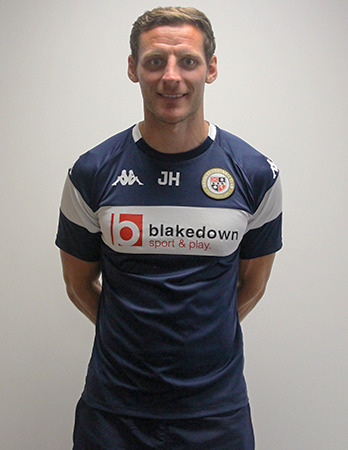 Bromley Football Club were delighted to welcome former skipper and club legend, Jack Holland, back to Hayes Lane as Head of Athletic Performance in the summer, alongside his playing role at Dulwich Hamlet.

Fans’ favourite Holland kicked-off his career within the Bromley Youth Section before catching the eye of Crystal Palace.

The former defender spent four years with the Eagles with loan spells at Eastbourne Borough and Farnborough included.

However, in 2013, Holland returned to Hayes Lane and went on to make over 200 appearances for the club, netting 20 plus goals along the way.

He also led the team out at Wembley during the 2018 Buildbase FA Trophy final and was part of the Conference South winning side of 2015.

Away from Hayes Lane, Holland also received call-ups to the England C side.

The 2020-21 season proved to be the former captain’s final in a Bromley shirt though as he made the move to Dulwich Hamlet.