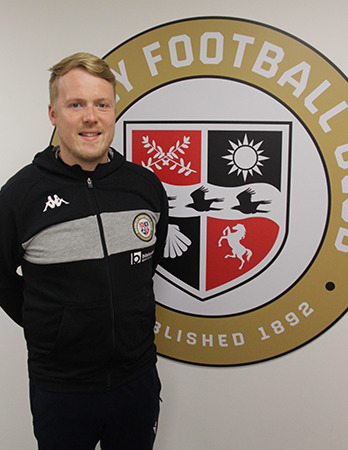 A very familiar face and voice at Hayes Lane, Matt has been a Bromley supporter for over ten years. Starting out as a fan on the terraces, Matt eventually became the stadium announcer and programme editor at Hayes Lane, whilst still at school.

After a couple of years in teaching, Matt started working full-time at the club and has held various different roles, which has led him to his current position of Head of Community.

Along with Chief Operations Officer Jeff Hutton, Matt formed the Club’s charitable arm – the Community Sports Trust. Matt is now responsible for continuing the amazing work the football club does in the community, searching, applying and securing funding to carry on various programmes and manage a team of development officers and coaches working across the borough.

On a matchday, Matt is the Club’s PA announcer and commentator and follows the team home and away.