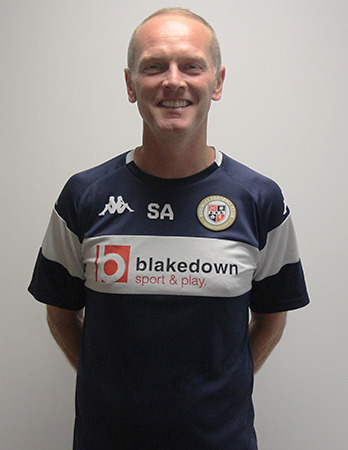 Steve Aris spent last season as Manager of the U23’s and almost guided the side to league glory, narrowly missing out on the title. After impressing, he was given the nod to join Andy Woodman and the first team coaching staff going into 2022-23.

Steve joined the Club as Head of Youth Academy back in 2018 and in this time has helped structure the Youth age groups, create future pathways for players and has overseen our Youth Academy coaching team throughout the season.

He originally started at Bromley Football Club coaching Under 7s and has worked his way up through every age group culminating in him then being responsible for helping bridge the gap for our players between the Academy, Under 23 Professional Development Squad and the First Team Squad.

Steve’s playing career spanned over 15 years, where he played for the likes of Millwall, Fisher Athletic, Tonbridge Angels and Cray Wanderers.