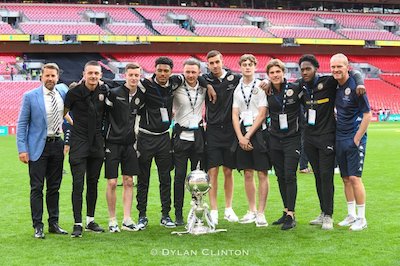 The U23 PDS Squad bridges the gap between Academy football and the First Team. The squad is made up of players who are continuing their studies with Bromley Football Club and contracted first year professionals.

This squad trains Monday to Friday, mirroring the First Team’s training schedule and competing in the Suburban League Premier Division.

Fixtures are played on Friday evenings and Saturday afternoons. The U23 PDS Squad offers a great platform for maturing players to challenge themselves at the next level, experiencing challenges they may have not do during their time in Academy football. The increase in standard and competition ensures players continue to develop as such that should the First Team Manager require them, they are ready.

Players from this squad have represented the club’s First Team, many instrumental in the club’s victorious 2022 FA Trophy campaign.