Bromley FC currently play their football in the Vanarama National League after clinching promotion to the fifth tier back in 2015.

The Ravens, who play their home games at Hayes Lane, are the current holders of the Buildbase FA Trophy after beating Wrexham 1-0 at Wembley Stadium in May.

At the helm of the current Bromley side is manager, Andy Woodman, who took charge in 2021 following a coaching career in the Premier League.

Millwall legend and former Ravens player, Alan Dunne, is our Assistant Manager and part of their coaching team is Steve Aris and Brannon Daly. 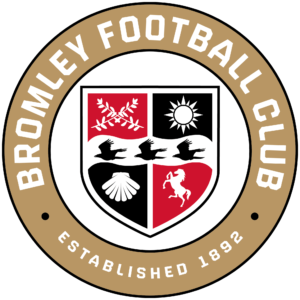