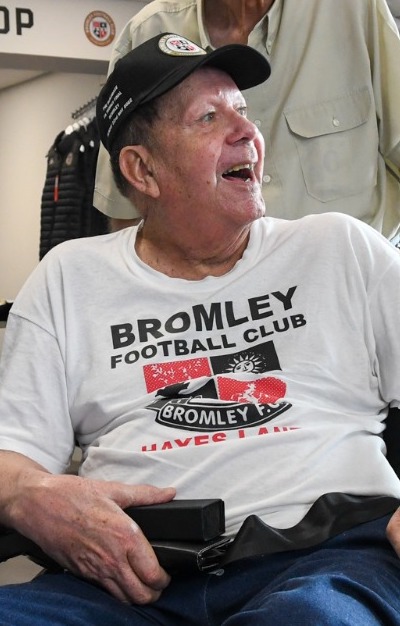 Ravens fans were joined by Chairman Robin Stanton-Gleaves, Manager Andy Woodman, Club Captain Byron Webster and first team players Marcus Sablier, James Vennings and Harry Forster to celebrate and recognise the contribution Jim has made to the football club before officially cutting the ribbon and opening the club’s brand-new shop.

Jim was the first to take a look around the shop named in his honour before supporters were able to shop around.

Visitors to Hayes Lane are invited to pop down, browse and purchase from a whole range of Kappa and leisurewear items from the Jim Brown Club Shop which is open at the following times:

You can also visit our online club shop www.bromleyfcshop.co.uk